This page features aerial imagery of the Salton Sea in Southern California.

The Salton Sea is a shallow, highly saline lake bordering southern California’s Imperial County. The lake was created by accident in 1905 when an influx of Colorado River water from spring flooding broke through canal headgates and deposited in the Salton Sink—a low-lying depression in the desert. Over the next few years, contributions from agricultural runoff allowed the Salton Sea to grow to a surface area of around 400 square miles. Today, the Salton Sea’s surface area is roughly 330 square miles, dropping over 10% in the last two decades alone.

Both people and wildlife flocked to the area during the mid-20th century, establishing what many expected to be California’s newest resort community. Not only did the lake provide miles of shoreline for waterfront views and boat docks, but it also acted as sanctuary for millions of migratory birds since California’s wetlands were already dwindling. However, agricultural runoff began raising salinity and contaminant levels in the lake, causing avian die-offs and massive fish-kills in the 1970s.

By the turn of the 21st century, drought and the more efficient use of irrigation water in the Imperial Valley—meaning less agricultural runoff entering the lake—caused the Salton Sea to begin shrinking drastically. As the lakebed dried up, the toxic chemicals left behind became exposed and often blow into nearby communities, including Los Angeles. This regularly causes air quality issues in the region and many have described the Salton Sea as an environmental disaster.

In 2018, local agencies and the state of California developed the Salton Sea Management Program, which included a $206 million project to create ponds and wetlands on the lake’s southern shore. The project began in early 2021.

Selected images from the gallery

To use these images

The Water Desk’s photo and video resources are part of our efforts to aid and enrich news coverage of Western water issues. Our imagery is shot by professional photojournalists and is available for free reuse under a Creative Commons noncommercial license.

To help us continue to offer this free material, we ask that you please:

I understand and consent

Explore aerial, drone and ground-based imagery from The Water Desk

See more of our photos, video, and data visualization resources in The Water Desk’s Multimedia Library. 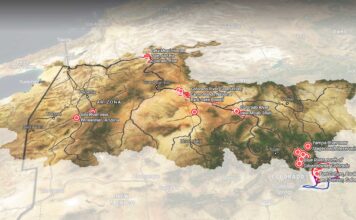 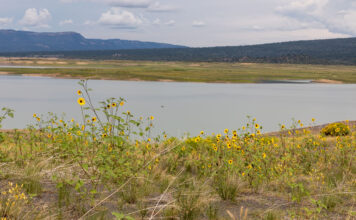 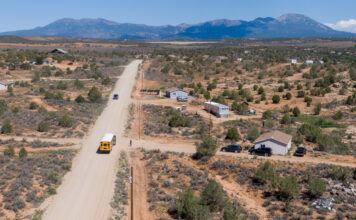 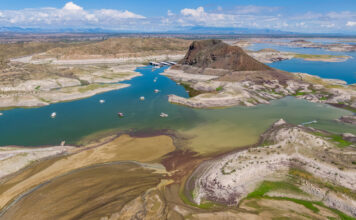 ABOUT US
The Water Desk’s mission is to increase the volume, depth and power of journalism connected to Western water issues. We're an initiative of the Center for Environmental Journalism at the University of Colorado Boulder. The Water Desk launched in April 2019 with support from the Walton Family Foundation. We maintain a strict editorial firewall between our funders and our journalism.
Contact us: waterdesk@colorado.edu
FOLLOW US
Copyright - WaterDesk.org